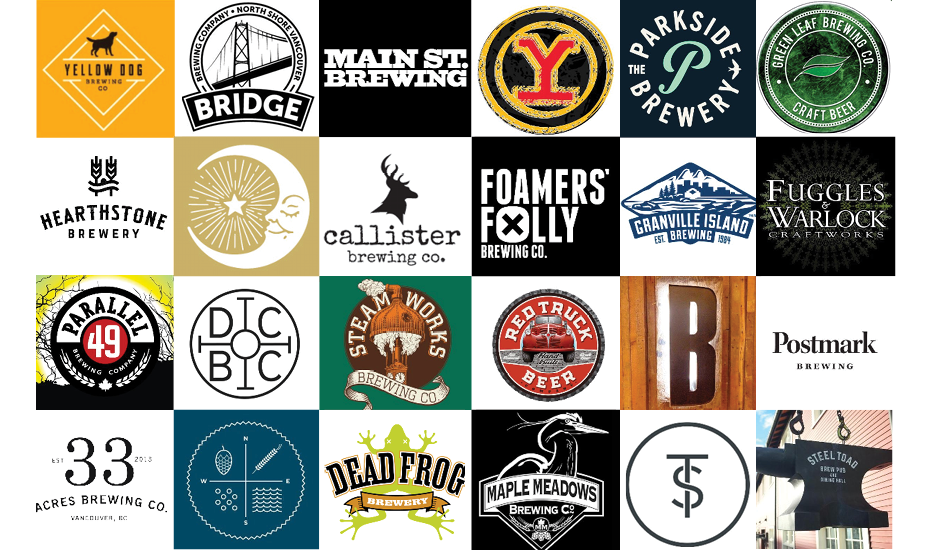 I: Why are you doing this?

Because there are so many breweries in this part of the world now, and some are great and some are good and some should be avoided, but it’s hard to know which is which unless are a seasoned expert, and we’d like to share our expertise with you.

Because we all have arguments over which breweries are better in our fair province, and those arguments should happen on the Internet — specifically, my dumb novelty website.

Because the craft beer scene in British Columbia continues to grow and grow, and this project should grow and grow with it.

Because drinking with friends and arguing is fun.

Which is why in 2017, our group of Millennials expanded our list of breweries we reviewed and rated from the original 42 in Metro Vancouver to 77 across southwest B.C., including:

II: How are things scored?

There’s a way-too-long explanation about this project and the people behind it and the value system and all that jazz on the main landing page for this project, so I’ll try and summarize things quickly.

Each brewery is scored out of 50 points. To be eligible for the list, they need to have been opened by July 1 of the previous year, so the brewery has time to iron out its kinks and we have enough time to visit afterwards (which means Beere in North Vancouver, Mariner in Coquitlam and East Vancouver Brewing Co. in, ahem, East Vancouver aren’t included).

People’s ratings are based on trips to the brewery where tasters are consumed, but can be modified after the fact. The five metrics are:

Which is to say, if you’re the type of person who loves a brewery because it has six things on tap for years and one of them is your all-time favourite and they’re distributed far and wide and they have a great Instagram account, you might disagree with our metrics.

And that’s cool! In which case, we invite you to a) look at how things are ranked on the individual categories, b) come up with your own detailed metric and travel the province with friends to compare each place.

(One of these is a serious suggestion; one is not)

Is it subjective? Absolutely. A little silly? By definition. Unfair to rate something based on, in some cases, just one or two experiences? Yep! Are some of the scores in the individual categories objectively wrong? Probably!

But at worse, we think this list is a great argument starter. At worst, we hope it’ll be a decent guide. And if it doesn’t do either…well, we drank (mostly) a lot of tasty beer we otherwise wouldn’t had tried, so we don’t have any regrets.

So without further rambling, here are the ratings of (nearly) every brewery in Metro Vancouver.

(Click on the name to read the individual review)