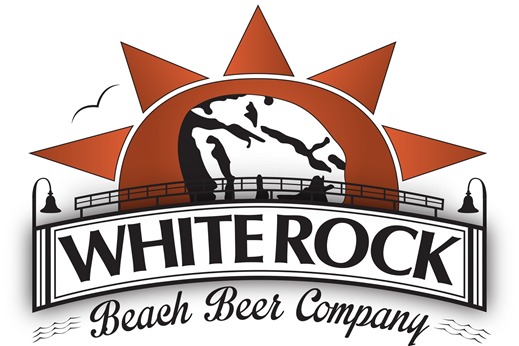 For as many breweries as Metro Vancouver now has, it’s surprising that so few of them really lean into a gimmick.

Okay, maybe it’s not so surprising, given that brewers are super-serious about the craft in this city, and trying something different than a nice selection of IPAs and ales, complemented by wooden tables and minimalist but warm walls, is enough to be avant-garde.

Yes, there can be a sameness to the drinking experience in this city , which is why a trip to White Rock Beach Beer is so delightful: they lean into the beach gimmick hard, and pull if off.

The chairs, walls and decor in the cozy tap room all evoke “small oceanside tourist town from the 60s,” which a) is cute as heck b) what White Rock’s entire deal is. If you’re the type of Vancouver person who makes a trip there once a year to enjoy the boardwalk and small shops, it fits in perfectly with the day.

Of course, none of this would particularly matter if the beer was bad, but that isn’t the case. Their two main offerings, a grapefruit-tinged pale ale (West Beach Fruit) and a caramel-tinged American brown ale (East Beach Nut), are quite pleasant: clean and straightforward, but with just enough subtlety that we can still remember enjoying them months later.

The problem? Those two beers are basically it: they rotate through a small batch of seasonal and monthlies, but you’re only going to grab 2-4 beers on any occasion, none of which are particularly daring. That could change in the future — they now brew on site, and their popularity means they could probably expand production soon if they wanted. But for now, it suffers if you value having a lot of beers on tap, or innovative offerings, or a signature brew that knocks your socks off.

At the same time, sometimes a place with a couple good beers and a great atmosphere is all you need to have a good time.

Most of the time, actually.

Next in Metro Van/Southwest B.C.: Faculty