You don’t have to develop a branding gimmick to succeed in B.C.’s ultra competitive beer scene (see: Four Winds), but it certainly helps one stick out on liquor stands and in the general conversation (see: why Powell doesn’t get talked about that much these days).

And Category 12 has perhaps a delightful gimmick: owner and head brewer Michael Kuzyk has a PhD in microbiology and biochemistry, his beer names and labels generally have a scientific allusion or two, and the beer styles can generally be described as “experimental takes on standard west coast styles.” 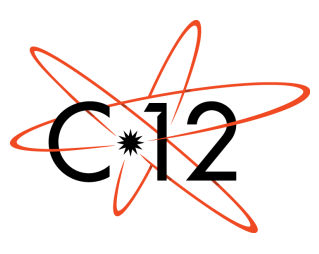 Of course, if your brand is “our beers are made by a super-scientist”, there’s a higher expectation of them being good, and thankfully Category 12’s are flavourful and interesting, but also with dedication to consistently high standards evident, a rare combination.

Because of that — and because they were the only “new” Greater Victoria brewery for a long time — they’ve developed a great reputation in a relatively short period, with standards like their Excitation espresso stout, Disruption Black IPA, Unsanctioned Sasion, and various Belgian strong ales quickly making their mark on both sides of the Georgia Strait.

Many of Category 12’s beers are very good, but it’s hard to point to one that is really amazing or truly indispensable at this stage of its history. And its tasting room, being a straightforward small space in a suburban strip mall — where you sadly can’t order pints — is not a place where you’d want to stay for more than an hour.

Which is why it sits just outside of the Top 10 for southwestern B.C. Not too shabby at all. Definitely a place that has forced Vancouver Island rivals to up their games. And with an ambitious head brewer and a growing brand to uphold, we’re excited to see if a further leap in quality is in their future.

Next in Greater Victoria:Driftwood
Next in Southwest B.C.: Main Street